Mantis shrimps, or stomatopods, are marine crustaceans of the order Stomatopoda. Some species have specialised calcified "clubs" that can strike with great power, while others have sharp forelimbs used to capture prey.

The yacón (Smallanthus sonchifolius) is a species of perennial daisy traditionally grown in the northern and central Andes from Colombia to northern Argentina for its crisp, sweet-tasting, tuberous roots. Their texture and flavour are very similar to jícama, mainly differing in that yacón has some slightly sweet, resinous, and floral (similar to violet) undertones to its flavour, probably due to the presence of inulin, which produces the sweet taste of the roots of elecampane, as well. Another name for yacón is Peruvian ground apple, possibly from the French name of potato, pomme de terre (ground apple). The tuber is composed mostly of water and fructooligosaccharide.

Rutabaga (/ˌruː.təˈbeɪ.ɡə/) (North American English) or swede (Southern English and some Commonwealth English) is a root vegetable, a form of Brassica napus (which also includes rapeseed). Other names include Swedish turnip, neep (Scottish), snagger (Northern English) and turnip (some Canadian English, Northern English and Cornish English) – however, elsewhere the name "turnip" usually refers to the related white turnip. The species Brassica napus originated as a hybrid between the cabbage (Brassica oleracea) and the turnip (Brassica rapa). Rutabaga roots are eaten as human food in a variety of ways, and the leaves can be eaten as a leaf vegetable. The roots and tops are also used for livestock, either fed directly in the winter or foraged in the field during the other seasons. Scotland, Northern England, West England and Ireland had a tradition of carving the roots into lanterns at Halloween.

Syzygium smithii (formerly Acmena smithii) is a summer-flowering, winter-fruiting evergreen tree, belonging to the myrtle family Myrtaceae. It shares the common name "lilly pilly" with several other plants. In New Zealand, it is commonly known as 'monkey apple'. It is planted as shrubs or hedgerows, and features: rough, woody bark; cream and green smooth, waxy leaves; flushes of pink new growth; and white to maroon edible berries. Unpruned, it will grow about 3–5 m (9.8–16.4 ft) tall in the garden.

Pouteria lucuma is a species of tree in the family Sapotaceae, cultivated for its fruit, the lúcuma. It is native to the Andean valleys of Chile, Ecuador, and Peru.

Trifle is a dessert found in English and other cuisines. Made with fruit, a thin layer of sponge fingers commonly soaked in sherry or another fortified wine, and custard, the contents of a trifle are highly variable; many varieties exist, some forgoing fruit entirely and instead using other ingredients, such as chocolate, coffee or vanilla. The fruit and sponge layers may be suspended in fruit-flavoured jelly, and these ingredients are usually arranged to produce three or four layers. The assembled dessert can be topped with whipped cream, or, more traditionally, syllabub. 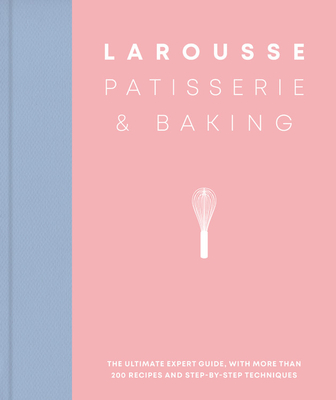 The ultimate expert guide to pastry, patisserie and baking, with more than 200 recipes and step-by-step techniques.

Coconut jam (Filipino: matamís sa báo, matamís na báo; Indonesian: seri kaya, srikaya; Malaysian: kaya, Vietnamese: ca dé) is a jam made from a base of coconut milk, eggs and sugar. It is popular in Southeast Asia, mainly in Brunei, Indonesia (especially in Palembang), Malaysia, the Philippines, Singapore and Thailand.

Mastic (Greek: Μαστίχα, Turkish: Damla sakızı) is a resin obtained from the mastic tree (Pistacia lentiscus). It is also known as tears of Chios, being traditionally produced on the island Chios, and, like other natural resins, is produced in "tears" or droplets.