Pizza is a flatbread generally topped with tomato sauce and cheese and baked in an oven. It is commonly topped with a selection of meats, vegetables and condiments. The term was first recorded in the 10th century, in a Latin manuscript from Gaeta in Central Italy. The modern pizza was invented in Naples, Italy, and the dish and its variants have since become popular in many areas of the world.

Whether you're looking to go all in with 00 flour and a homemade starter, or pick up some dough from the grocery store. 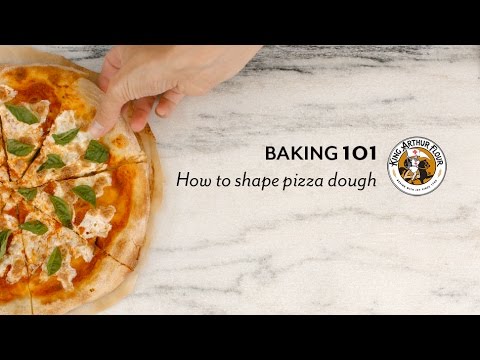 How to shape pizza dough by King Arthur Flour.