Xiaolongbao is a type of steamed bun (baozi) from the Jiangnan region of China, especially associated with Shanghai and Wuxi. It is traditionally prepared in xiaolong, small bamboo steaming baskets, which give them their name. Xiaolongbao are often referred to as a kind of "dumpling", but should not be confused with British or American-style dumplings nor with Chinese jiaozi. Similarly, they are considered a kind of "soup dumpling" but should not be confused with other larger varieties of tang bao. In Shanghainese, they are also sometimes known as sioh-lon meu-doe or xiaolong-style mantous.

Yes, you can make them at home. 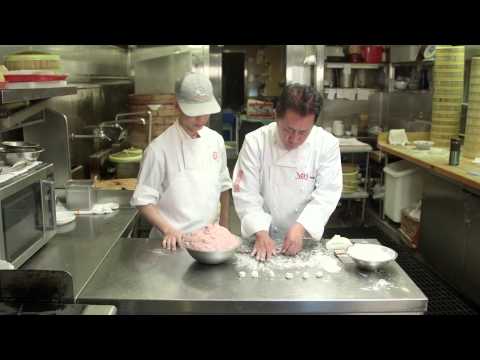