Dioscorea alata, known as purple yam and many other names, is a species of yam, a tuberous root vegetable. The tubers are usually bright lavender in color, hence the common name, but they may sometimes be white. It is sometimes confused with taro and the Okinawa sweet potato (Ipomoea batatas cv. Ayamurasaki), although D. alata is also grown in Okinawa where it is known as beniimo (紅芋). With its origins in the Asian tropics, D. alata has been known to humans since ancient times. Because it has become naturalized throughout tropical South America, Africa, Australia, the US southeast, D. alata has many different common names from these regions. In English alone, aside from purple yam, other common names include greater yam, Guyana arrowroot, ten-months yam, water yam, white yam, winged yam, or simply yam. In other cultures and languages it is known variously as ratalu or violet yam in India, rasa valli kilangu in Tamil, kondfal (कोंदफळ) in Marathi, kachil (കാച്ചില്‍) in Malayalam, and khoai mỡ in Vietnam. For the Igbo people of southern Nigeria, it is called ji or ji abana; while for the Yoruba people of the southwestern Nigeria, it is called isu ewura. qube / ube can be reconstructed as the Proto-Malayo-Polynesian word for D. alata, and words descended from it are found throughout the geographic range of this widespread language family, though in some daughter languages they are generalized or transferred to other root crops. Examples include Tagalog ube or ubi, Indonesian and Malay ubi, Malagasy ovy, Fijian uvi, Tongan ufi, Samoan ufi, as well as Māori and Hawaiian uhi. D. alata was one of the canoe plants that the Polynesians brought with them when they settled new islands. 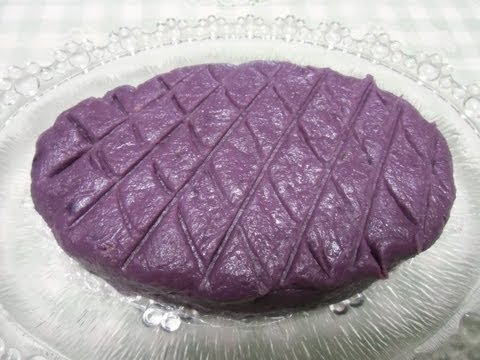