Menemen is a popular traditional Turkish dish which includes eggs, tomato, green peppers, and spices such as ground black and red pepper cooked in olive oil or sunflower oil. Menemen may be made with onions, but the addition of onions is often debated and is more common when menemen is eaten as a main dish, rather than at breakfast. The dish is similar to shakshouka. Menemen is commonly eaten for breakfast and served with bread. Its name originates from a small town in Izmir Province. 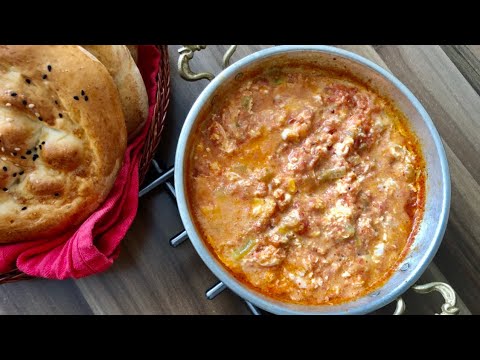 Menemen (Turkish Egg in Tomato Sauce) by Baking with Eda.